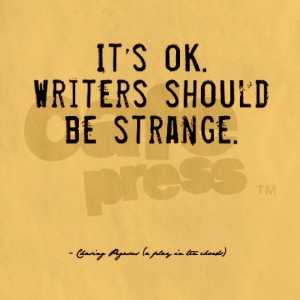 In my last blog (Why the film world doesn’t owe you a living) I made the point that as a 59-year-old male screenwriter, the chances of you ‘breaking through’ into the big leagues of the movie world are almost certainly hindered by the fact that you are usually old enough to be the father of the person holding your future in their hands.

The reaction to this was, as expected, mixed. Some people claimed it was shameful of me to compare age to race or gender as a barrier with others thanking me for saying something that they’d been thinking for years.

Now in response to the former, I have no idea what it’s like to be anything other than a white heterosexual male and given that I’m currently 59 and a writer who has enjoyed a degree of success both in print and on screen, I think I’m fairly well placed to write about the impact being a 59-year-old white heterosexual male can have on a career as a writer. And since this is my blog… well, I’m sure you know where I’m going with that so please, fill in the blanks yourself.

As for those who agreed with me, which was to be fair, the majority, I’m obviously grateful for all of your comments and if in some small way I’ve inspired you to keep going, then I’m humbled.

Interestingly, the blog generated some extremely positive reaction in the US (someone even linked me with Madonna which is a bit random!) and actually led to a few interviews on the subject one of which was with the website ‘Screenwriting Staffing‘ which has just gone live.

Have a read and please, let me know what you think.

Just in case you didn’t know already, my numerous books and DVD’s are all available via both Amazon and iTunes.

With Oscar night almost upon us, it is sadly inevitable that the thorny issue of diversity will once again poke its head above the parapet. Or, as is more likely, be rammed down the throats of the millions watching around the world.

Now whilst I have every sympathy with many of the issues which taint the film industry on both sides of the pond, in particular the appalling lack of roles being written for older women, I have to say something about the notion that we need to implement a quota system to support those from minority groups. Because speaking as a member of a minority group, I am all for it.

Oh yes, in the business that we call film, when it comes to both minorities and the discriminated, I tick more than my fair share of boxes. What? You think I have it easier because I’m a white male? Seriously? OK, point me in the direction of the schemes that encourage writing from the white community? Or the over 50’s. Or the disabled. Or for that matter, men. Good luck with that.

I am of course, being sarcastic, but there are some serious points to be made here. Not least, if you’re going to start to impose quota’s on the creative process, where do you begin? Or for that matter, end? After all, how many races are there? Or religions, or disabilities? Will producers have to include one of each? Or will there be a quota of the quota? Will some groups be regarded as more ‘minority’ than others?   The questions go on and on but there is one which is far more important than all of the others and it’s one which thus far, I haven’t seen asked let alone answered. How would you address the small matter of talent?

Because ultimately, any enforced quota system can only have a negative impact on the talent that appears on-screen and that can only be to the detriment of the finished product. Why on earth would anyone want that? Least of all those who may or may not end up winning some token statue.

Yes, of course there is potential for change, but we must never lose sight of the fact that the thing that sits at the very heart of the movie industry, both in front and behind the camera and irrespective of colour, creed, gender or anything else, is talent.

People even win Oscars for it.

Apologies for repeating myself, but as some people are aware, I am one of a number of people involved in a legal dispute with film producer, Jonathan Sothcott.