For some reason, I am often accused of being miserable.

Quite why is something of a mystery to me as in spite of the fact that life continually builds brick walls in my path, I consider myself to be generally speaking, a cheerful and optimistic soul.

I suspect this misconception has much to do with the fact that I have a face which was specially constructed to look grumpy. I’ve certainly never gone for all this ‘you use more muscles to scowl than smile’ rubbish as my scowl has always come perfectly naturally and without any effort whatsoever!

That said, there are numerous things which irritate me on an almost daily basis and whilst I generally try to let them wash over me, they do occasionally drive me to distraction. Therefore, it strikes me that now that this blog is up, running and increasingly popular apparently, it might provide a useful vehicle for me to let off steam with a selection of rants. A kind of online counselling if you will.

The hard bit is deciding what to rant about. For the more I have pondered today, the more I’ve realised how irritating life can be. Well, I say life but what I actually mean is people.

Of course, it surely goes without saying that if everyone were like me, life would be a lot easier but they’re not. Instead, generally speaking, they are a pain in the arse. Primarily because of the things they do. And by that I mean things they do that piss me off.

Now it’s fair to say that smugness, ignorance, disrespect and plain rudeness are personal traits I have no time for which is why I tend to avoid trains whenever possible. For it is here that I usually find the very worst excesses of bad manners. Quite why people feel the need to regale an entire train carriage with inane details of their sad lives by talking loudly on their phones escapes me and as for ‘males’ who remain happily seated whilst leaving a female to stand…. Grrr!

However, trains are not the worst places. Roads are far worse and it is on motorways particularly that people do things that sometimes have me boiling with rage. Chief among these, and quite possibly the most irritating thing I ever encounter, are those morons who drive along in the middle lane oblivious to the chaos they cause. I hate them, all of them.

It genuinely escapes me how people can be so stupid. Do they not

understand that by driving along in the middle of a three lane motorway, they are effectively blocking off an entire lane to other motorists? How many times have you come up behind slow moving traffic only to find that at the head, driving along in the centre of three lanes, is some idiot in a Nissan Micra or a people carrier? And why do they do it anyway? Are they incapable of driving in the left hand lane? What is the thought process of driving along an empty motorway and deciding to drive in the middle instead of on the left?

The sad thing is, the people with the power to deal with this (the government!) seem loathe to do anything about it preferring instead to focus their attentions on what to my mind, are less pressing matters such as the economy and world peace. Even the police seem incapable of acting in spite of the fact that these people are driving without due care and attention (and let’s face it, by causing an obstruction that’s exactly what they are doing!) and quite why those signs which seem to spend most of the time warning me of impending doom ahead are not being used to tell these dickheads to drive with a little bit of consideration for everyone else escapes me.

What really annoys me is that I am reduced to flashing them to get out of the way when in reality, what I really want to do is utilise the skills honed in my stock car racing days and simply spin them off into oblivion. Yet if I were to do that, I’d be the one hauled in front of the courts! How does that work?!?!

And of course if they do deign to get out of your way (only to move back the second you have passed) they have the temerity to look at me as if I’m either mad or some kind of irritation. Which merely makes me even more rabid.

If there is an answer, I don’t know what it is. But I tell you one thing, if someone ever invents a way of letting me inform a guilty party exactly what I think of them as I drive past, I will be the first in the queue.

Full details of all of my books and movie projects can be found at dougiebrimson.com 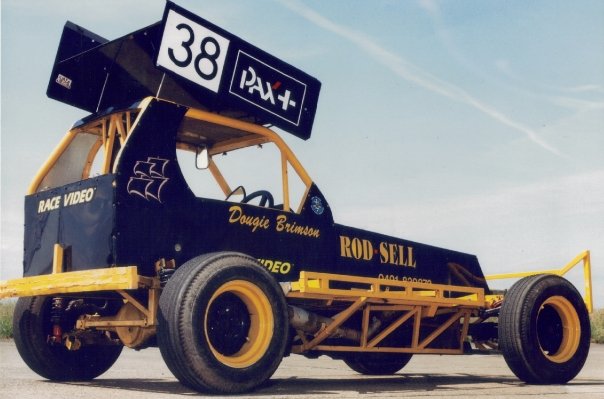 I am, by my own admission, a petrol head. I don’t care what it is, car, bike or boat, if it has an engine, I’m there.

Two stroke, four stroke, diesel, rotary, even gas turbine… I don’t care. I love them all equally and thanks to the delights of my engineering background, am more than capable of pissing about with any of them for hours.

Now being a petrol head, it stands to reason that I have a love of motorsport and since I was a nipper, there has been one particular discipline that has captured my heart. I’ve watched it, raced it, I even put it on TV and to this day, I cannot get enough of it. I speak of the sport of Formula One Stock Car racing.

Known as ‘the working mans motorsport’ on account of its inner-city roots, it is finally, after years of prodding by hundreds if not thousands of people, about to come to the BBC. I won’t say anything more, just check this out.  Must watch TV

I cannot wait. Really, I can’t. And in case you were wondering, yes, that really is my old stock car in the picture. Happy days.

Of course being a petrol head and a bloke, some people assume that I must

have certain opinions relating to women drivers but this is not the case. Indeed, I can honestly say that most of the women I know are excellent behind the wheel. I certainly feel safer in their passenger seats than I do with most of men I’ve had the misfortune to be driven by recently

That said, I do have quite firmly entrenched opinions about cars. Or to be more specific, what cars men should or should not drive. And these are based not on what’s under the bonnet or even how fast they go, but on what they look like.

As far as I’m concerned, men should drive cars that are big and butch. Aston Martin, Bentley, Jaguar, big Mercedes, BMW’s or Audi saloons fit the bill perfectly. Personally, I consider anyone who drives a Chrysler 300 to have both testicles firmly in place because they look like they actually run on testosterone.

Conversely, whilst it would be reasonable to assume that given their performance, I would be ok with men who drive sports cars, this is not the case. If I see a male driving a Porsche for example, one of two things springs to mind; mid-life crisis or gay. Similarly, I consider convertibles to be the preserve of women. Period. The only exception being if they are old and American.

On the subject of ‘non-blokey’ cars, any male who drives anything with either

‘hybrid’ or ‘people carrier’ in the description clearly falls under the tag of ‘new man’ (for which read ‘sad man’) and should be ashamed of themselves. Anyone without ovaries who drives a Smart car clearly has problems.

4×4’s are another vehicle I have issues with. Both BMW and Mercedes versions have always had something ‘girlie’ about them whilst the same thing has also begun to infect the Range Rover. Once the ultimate man’s vehicle, I seem to see so many of them being driven by blondes these days that there’s no way they can be considered masculine any more. As for the large pickups that have begun to infest our roads, whilst they undoubtedly have their merits and are obviously de rigour in the US of A, here in the UK they do have certain connotations associated with them. And who wants that?

The irony is of course, that I drive none of the above. For whilst my two previous cars were old Jaguar XJ’s (possibly the all time classic English lads motor) these days I drive a VW Golf. Not exactly blokey I’ll admit but I do love it to bits.

Then again, I’m confident enough in my sexuality to drive what I like. And besides, as far as I’m concerned, the ultimate male vehicle doesn’t have four wheels at all. Just the two. 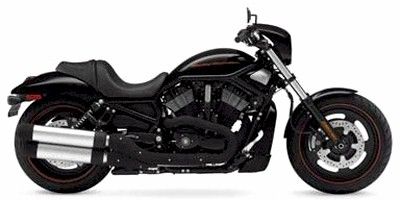