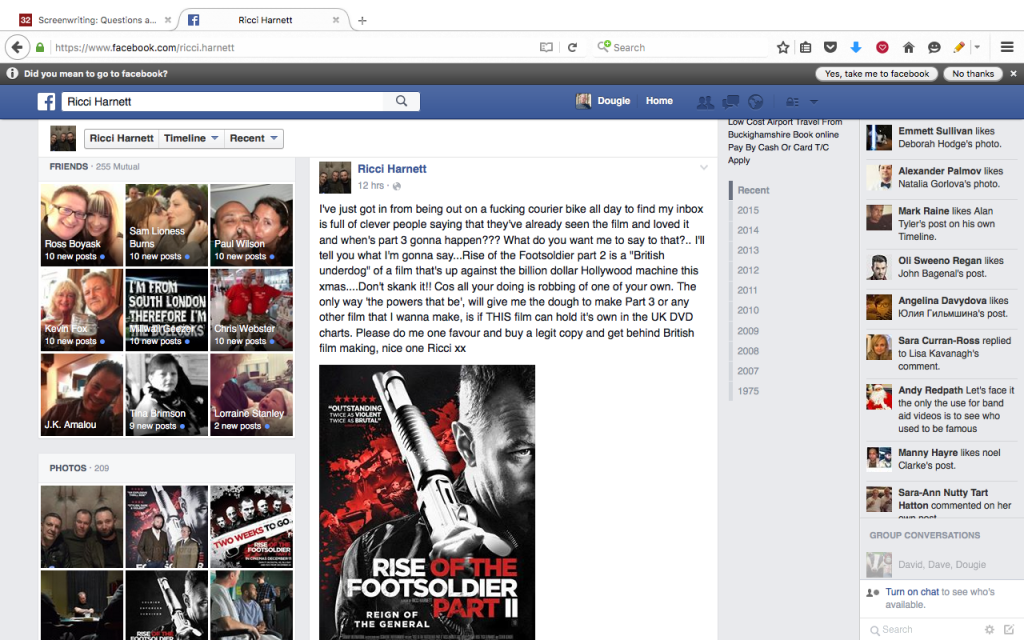 The other day, whilst sitting in my office trying to find legitimate ways of avoiding work as opposed to just avoiding it in the ‘can’t be arsed’ sense, I tweeted that in my opinion, Toy Story 2 is as close to the perfect movie as it is possible to get.

Inevitably, this generated a great deal of discussion but in spite numerous suggestions to the contrary, the only one that came anywhere  near changing my opinion was the idea that Monsters Inc. might actually be better.

Hopefully, I don’t need to explain why these two films hold such elevated positions in my thinking although I should make it clear that whilst I am a big kid in most senses, my choice was made purely on the basis that I’ve written a bit and watch a lot of films as opposed to anything else.

Of course ‘best’ is very different from ‘favourite’ and whilst Toy Story 2 (and Monsters Inc. for that matter) are certainly in my top 20 films, they are both in the lower half of my personal chart.   They may be great films and be technically perfect in pretty much every sense from storyline to score but they are usurped by films which have something else. That special something which elevates a film from great to favourite.

With that in mind, and since a number of people have asked me about it this week, I thought it might be useful to list my top ten movies. I should explain however, that this is very much MY list. Most people will look at it and shake their heads with wonder at why X or Y isn’t included or wonder how I could possibly have two black and white films as my top 2. Especially as both of those are so different from each other.

Yet that in essence, is the beauty of film.  It might well be that not a single film on this list would make your top 10, there might even be one or two that you’ve never heard of. Yet every one of them has somehow burrowed its way into my psyche to the extent that if it comes on TV, everything will stop whilst I watch it or if I’m bored, I’ll take it down from my DVD shelf and bang it on. And I won’t get bored at a single point.  And with that in mind, here we go!

There you go. Over to you….