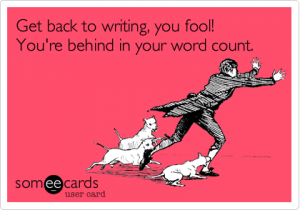 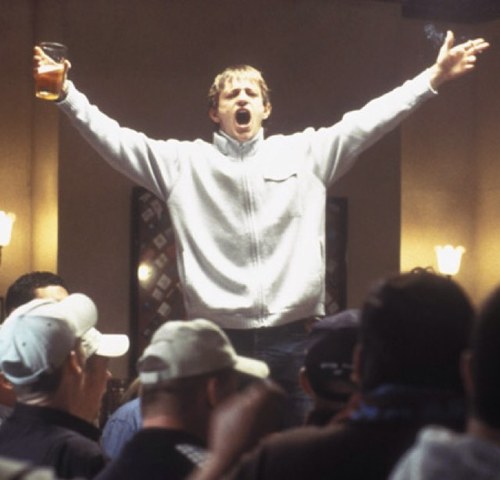 As anyone who knows me will know, I rarely describe myself as either a screenwriter or an author. Not out of any kind of false modesty, but because I’ve never felt that I’ve earned that right.

Yes, I know I’ve written a few books and a number of movies but I’ve always considered the ’S’ and ‘A’ words to be far too grandiose for the likes of someone like me who basically got lucky. And let’s face it, given the lack of acknowledgment or recognition from either industry over the years, I have a feeling I’m not alone in that thinking although that’s another debate.

However, the other day I had an experience which has actually made me rethink things and consider the fact that I haven’t actually done that bad. It happened, ironically, in a pub where I was having a late afternoon drink with the actor Leo Gregory who starred in both Green Street and Top Dog.

As we were chatting, the door burst open and in came a group of Man City fans on their way to their FA Cup tie at West Ham. Within seconds, they’d recognised Leo and as the cries of ‘fuck me, it’s Bovver’ went up they came across and surrounded us. As gracious as ever, Leo took the time to shake hands and pose for selfies and fairly soon, the pub settled back into normality.

Now this is a fairly routine occurrence when you’re with Leo and god only knows what it must be like to have the shadow of Bovver follow you around all the time as it surely must. But as I reflected on it later, it struck me that whilst that’s my fault for creating that role, I have every right to feel pretty pleased with myself.

After all, Green Street was released in 2005 and whilst huge credit must go to Leo for what he did with him, to have created a character that people still recognise in the street 12 years later is an achievement to be proud of.

And d’you know what, I bloody am.

Talking of movies, thanks for all the messages about my next project, Three Greens. As is the way with these things, there’s not much I can say at the moment but I’ll release more details as soon as I can. 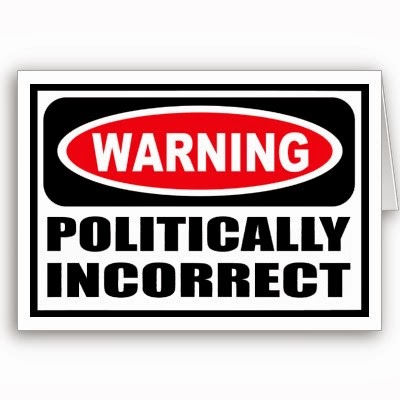 For some reason, I seem to get asked an awful lot of questions. Most are inevitably linked to writing or football but others range from requests to be introduced to people I barely even know to enquiries about just how far I would like my head shoved up my arse. However, the other day a question arrived via Facebook which ended up causing me all sorts of angst. Not because of what it wanted to know, but because of what I replied. For in response to ‘are you Rolf Harris’s love child?’ my reply was ‘if I am, my mum has some serious questions to answer’.

Now to me, this is bog standard banter and whilst it might not exactly be in the best of tastes, it soon became apparent that a few people were pretty much disgusted by it. To them, I wasn’t being funny, I was actually belittling the subject of child abuse. A charge which to my mind, says more about them than it does about me.

However, as the PM’s poured in and I dug a little deeper into the backgrounds of those who were having a dig (as I tend to do under the ‘know your enemy’ rule), it dawned on me that there was a fundamental difference between me and the majority of the people who had got the hump. One which was reinforced by a steady stream of messages which started to arrive asking me what all the fuss was about.

Reflecting on this later on, it struck me that this was a perfect illustration of a simple truth. One you will see as plain as day in any documentary about the armed forces. For it is a stone cold fact that one of the things which binds the military together is the ability to find humour in pretty much anything.

That isn’t just true of the forces of course (you’ll certainly find a similar sense of humour on the terraces) but what is unique to the military is that the development of a dark sense of humour is actively encouraged because it is one of the most invaluable tools an individual can have in their armoury. After all, how better to cope with extremes, be they emotional or operational, than to be able to laugh about them?

That’s not to say there aren’t boundaries because there are. But they are often very different from those you would expect to encounter in a wholly civilian environment and it’s safe to say that amongst the military the concepts of both good taste and political correctness are frequently set aside in the quest for a laugh to lighten a mood or a situation.

Indeed, when I wrote Our Boy, much of which takes place in a military hospital, I was extremely careful to get the dark humour element absolutely bang on. So much so in fact that many of the one liners in the script were actually given to me by lads who’d spent time at Headley Court recovering from injuries the like of which few of us can even begin to comprehend.

Of course when you leave the military, most people will retain that dark sense of humour and whilst on a day to day basis we are able to reign it in, when it comes to something like Facebook it’s all too easy to slip back into old ways, especially when you’re interacting with other veterans.

However, when it comes to social media where the boundaries of good taste are at best cloudy and at worst non-existent and you are actually pulling back from lines of decency as opposed to pushing forward to where you think they might be, how are you supposed to know what is and isn’t acceptable? The truth is that you can’t, all you can do is play safe. But that is surely the cowards way out. Humour is after all, supposed to push boundaries and as someone who is and will continue to be quite outspoken about the concept of political correctness, I’m certainly more than happy to stick with my own self-imposed boundaries of good taste as opposed to those which convention or the liberal left impose on me.

But the more I thought about this, the more I started to consider how far apart my personal line of decency might be from those of others I interact with via the web and so I decided to do a little experiment. Last night, whilst Germany were busy demolishing Brazil, I began posting increasingly provocative things on both twitter and Facebook to gauge the response each would get and more importantly, where it would come from.

The one which caused the most furore was ‘The last Brazilian to have that many shots fired at him was at Stockwell Tube station’ which attracted all kinds of comments ranging from ‘that’s brilliant’ to ‘you are a disgusting human being’.

Now to be fair, I did actually hesitate when posting that as even I thought it was close to the mark. I also apologised for it immediately afterwards (and did so again 15 minutes or so later. Far be it from me to be hypocritical!) however, to say it was an illuminating exercise is an understatement.

For not only did it reinforce pretty much everything I had suspected about banter and social media, it also underlined in thick black pen one very simple truth and that is that a sense of humour is as much a product of our own upbringing and environment as any other aspect of our personality.

Or to put it another way, just because you don’t personally find something funny doesn’t mean that it isn’t.

PS: If you think that was the worst joke about Brazil I heard last night, you are sadly mistaken. But even I have lines of decency I won’t cross!

All of my books are available via Amazon by clicking here.