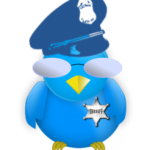 As you may have noticed, I am a huge fan of social media.

I use for everything from promotion and research though to networking and talking bollocks with people I barely know.

Surprisingly, one thing I rarely use social networking for is talking about football.  The main reasons being that I don’t really care too much what is happening at any other club than Watford and certainly have little or no interest in the day to day trivia of players lives or for that matter, their opinions. More importantly, I find if far too easy to get sucked into arguments and being the type of person who loves the last word, can find myself involved in pointless debates for days!

In truth, I actually find the whole idea of social networking quite ridiculous and like many things to do with the internet, I consider its prime function is to waste time and avoid facing up to the realities of life. However, it is an undeniable fact that social media does have real power and central to that is the ability to spread or even occasionally, create news. In that sense, Twitter is pretty much unrivalled.

I mention this here because this morning I have been reading the responses to last nights Match of the Day and in particular, the issue of diving which was a key factor in two of the games shown.

To a man, and woman, the response has been one of anger. Not merely at the guilty parties, but at the fact that the pundits on Match of the Day were so loathe to call it what it actually is, cheating.  More importantly, there was an inference that the fault lie not with the player, but the referee for missing making the wrong decision.

Now let’s face it, we’ve all seen things happen in games which players have got away with simply because the referee missed them. And even though they will have been picked up by the TV cameras and shown later on, we also know that thanks to the stupid rules relating to retrospective action in regard of cheating, it is extremely unlikely that anything will ever be done by way of punishment.

But like most supporters I am sick to death of the diving and the cheating that is ruining the game I love and if the authorities, the clubs or the players union won’t do anything to stop it even though they know it is wrong, then maybe pressure from the fans will finally force them into action.

Just as importantly, if through the use of social networking fans are finally able to interact more directly with players, maybe they won’t be so quick to feign injury if they know that they are going to have to justify their behaviour to the people who pay their wages. After all, embarrassment is the biggest deterrent known to man!

There will of course be those who think this is the very worst of developments but in all honesty, I don’t care. For too long now we fans have been forced to sit back and put up with the demise of fair play and the shame that this disgraceful cheating brings onto the sport and by association, us.

If through social networking we finally have the chance to force football into bringing about a return to sportsmanship, that can only be a good thing for the game.

Not for the first time, the great game finds itself dragged into the news for all the wrong reasons.

Thanks to Ashley Young and his shameful theatrics for Manchester United we have calls for retrospective punishments for cheating –something I have always championed and fresh cries for goal line technology in the wake of yet another goal that never was. This time for Chelsea at Wembley.

Now both of these cases have two specific things in common. The first is that they resulted in goals and the second is that they involved cheating. In the Young case, it was disgustingly obvious but at Wembley it was less overt but equally shameful.

Post game and to their credit, both Frank Lampard and John Terry did the decent thing and admitted that the ball hadn’t crossed the line for the second goal. A fact that was proven by the numerous angles provided by the media. Yet if they knew that, why did they not point it out to the referee at the time? Indeed if Terry knew it wasn’t a goal, why was he actually seen claiming it?

Yes, I know there is an element of ‘win at all costs’ and like many football fans, I’d happily take a dodgy goal be it for Watford or England. But these were two former England captains remember and so is it that unreasonable to expect that they would have some concept of the idea of fair play? Especially since like all footballers they would have been instrumental in the establishment of the FA’s laughable ‘Respect’ initiative.

when I wrote about John Terry and the charges of racism levelled against him. Indeed, whilst I admire their spirited defence of their club and their captain I am always bemused by the reaction of Chelsea fans to anything said against them.

In many ways, the West London giants are the Samantha Brick of the football world. They have long considered themselves to be a cut-above the rest and always believed that not only are we all jealous of them because of their former status as the ‘glamour’ club but that these days we should all love them because of their achievements. However, what they have never understood is that it’s their very arrogance which is the reason so many people dislike them.

Liverpool are another club in danger of following the same path. Their refusal to play on the anniversary of the Hillsborough disaster is understandable in many ways but the petulant way in which both the club and the fans have acted in recent weeks has been uncomfortable to observe. Not least because if they insist on marking the anniversary of the death of 96 lost souls in this manner, why not the death of the 39 at Heysel? Were they any less worthy?

Equally, does this infer that the deaths as a result of the Munich air crash or the Bradford fire were any less important because those clubs do not refuse to play on the anniversary of those tragedies?

Let’s be honest here, football is in desperate need of a bit of positive PR at the moment and to have a top flight player actually playing fair during a show-piece game at Wembley could well have been it.

It certainly wouldn’t have done either Chelsea or John Terry any harm either. Who knows, maybe those of us who follow other clubs might actually have begun to start liking them again.

My next book Wings of a Sparrow is coming along nicely with a planned ebook release early in June 2012. Full details can be found on the official Dougie Brimson website. Just click on the link.

In the meantime, if you haven’t read it yet, why not download The Crew. It’s been at #1 in the Amazon soccer charts for over 6 months now and is totally free so what do you have to lose?

And finally, could I respectfully ask everyone who has read a book and enjoyed it to take a few moments and post a review on either Amazon or iTunes? They really are important and are a great way to let us authors know that we’re doing an OK job! Or as someone else put it recently, a fabulous way to say thanks!