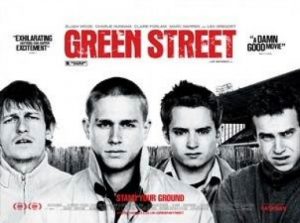 I’m not usually one for taking part in online debates about writing, mostly because I’m not that clever and have an adversity to making myself look stupid.

There’s also the risk that people will discover that I’ve been winging it for over 25 years which wouldn’t do my publishers heart rate any good.

However, I recently became involved in a fascinating discussion with a group of writers on the use of gratuitous violence  or, to be more specific, the duty of the writer in the way they portray it.

I won’t go too deeply into the way the debate unfolded other than to say it veered from one extreme to the other and back again more than once. But whilst it was extremely interesting to learn how others perceive their creative responsibilities, little or nothing was said which made me change the way I think about mine. And mine, as I see them, are relatively simple. Indeed, they can be encapsulated in one single sentence. For when it comes to anything fictional, my job is to tell a decent story as honesty and realistically as I can.

This is underpinned by something I have said many times and that is my belief that the most important person in the writing process is the person at the end of the creative chain, the consumer. And when you write the kind of things I do for the kind of people I primarily write them for (lads), then my sole duty is to give them something that they can not only recognise but hopefully, put themselves into the centre of without any difficulty.

In the case of a subject like hooliganism, that means street fighting and anyone who has ever been involved in a row at football knows that it isn’t Queensbury Rules Boxing or Tae Kwon Do, it’s short periods of scruffy, disjointed mayhem. It’s still violence, but it’s real violence as opposed to the stylised fighting we see in too many films and computer games. For some it can be little short of a  terrifying experience, for others it will often border on hilarity.

That’s how I have to write it because that’s how it is. Anything else would be a betrayal and if I did that, I’d lose not only my self-respect but my readers (and viewers).

The next few months will hopefully see a couple of announcements on the movie front but in the meantime, I’m delighted to announce that In The Know, the third book in the The Crew/Top Dog trilogy, will be published in paperback and ebook format in May 2020.

I won’t say too much about the actual plot for obvious reasons but I actually think that this will prove to be the best of the three.

I can also announce that amongst other projects, I’ve started work on a new novel, Three Greens. This will be my first book with a military theme and is based on the script I wrote for the forthcoming movie (more news of that soon).

One thought on “How to write (real) violence.”