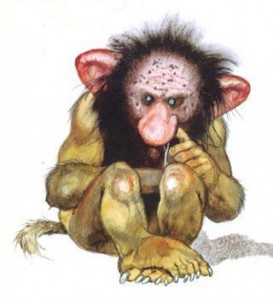 My last blog on the subject of trolls certainly generated quite a response.

Most, admittedly, were in agreement with me in that the best, if not only way to deal with trolls is to adopt the ignore, delete and block approach. For in doing so, not only do you instantly deprive them of the one thing they crave which is attention, you also save yourself a lot of both grief and time.

There were however, a number of people who disagreed with me, some vehemently. To a man (although oddly, most seemed to be women) their argument was not based on the issue of hate crime, which is a very different issue, but was more about their own personal experience. And it was all along the lines of ‘if someone is abusing me, why should I be the one to leave?’ which is fair enough in one sense but totally bloody stupid in the other.

This isn’t rocket science folks. If someone is giving you grief, the only sensible thing to do is to distance yourself from that person and that principle applies as much to social media as it does to a dodgy pub on a Saturday night. The only alternative courses of action are to stand there taking it until someone comes along to deal with them for you or, assuming you have the balls to do it, you go nose-to-nose and respond in kind (although to be fair, as a veteran of many a troll war, trust me when I tell you that this approach rarely ends well).

Not surprisingly, when I made this point in response to those telling me I was mistaken, some of them not only continued to disagree but a few actually ended up becoming abusive. One even began to tag my agent into posts accusing me of being homophobic which obviously saw him instantly blocked for what was, ironically, fairly textbook trolling.

And there’s the rub folks. Yes, trolls are a pain in the arse but the simple truth is that absolutely anyone who uses social media can find themselves acting like one.

Not everyone however, is smart enough to understand that if a troll does latch on to you, all the power you will ever need to deal with them is simply a few key strokes away.

You can read my previous blog here.