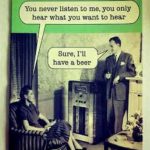 As I sit here watching the news on TV, the female news anchors are talking about the subject of equal pay and equality in the work place.

They are obviously pissed, as they should be of course.  After all, the fact that in 2017 females don’t earn the same as a male colleague is somewhat shameful.

Yet interestingly, they are not saying as much. Instead, they are skirting around what they actually think and are generalising. Professional yes, but you can tell that inside they are seething at the injustice of it.

By a strange coincidence, I am also editing the sequel to my novel Billy’s Log and if you’ve read the original (and if not, why the f**k not?) then you will know that it examines many of the differences between the two sexes, albeit in a slightly tongue-in-cheek manner. Ironically, one of the subjects I tackle in both books is the issue of language.

As any male will know, one of the great complaints women have about us is that we don’t understand them and that’s true. What they don’t get of course, is that it’s because they talk a different language. So with that in mind, I thought this might be a good time to briefly tackle one particular element of the ongoing battle of the sexes. It’s one that is dear to my heart, mostly because I’ve fallen foul of it on more occasions than I care to remember, and is a particular word. One which actually has three genuine definitions within the English language but which, when it comes to female-speak, has multiple meanings, all of which spell trouble for the average bloke. It is, in effect, the relationship H-bomb.

That word is ‘fine’.

To us men, fine means either OK, thin or sunny. To females, it means only one thing: that she isn’t happy. If she says ‘it’s fine’ or ‘that’s fine’ and delivers the words through pursed lips, gritted teeth or in a tone that’s considerably lower or slower than normal, she isn’t happy at all. Incredibly, the average female is even able to convey this angst in email, messenger or tweet form when it will generally be delivered in a short and very sharp manner.

However it’s delivered, its arrival should start to ring alarm bells in the average bloke because irrespective of the reasons behind it -and it might not be your fault or even have anything to do with you- what she is actually doing is testing you as her partner. It could be your understanding of her, her emotions and her needs or even the importance you place on her but it is vital, for your own wellbeing, that you not only understand what the problem is but know how to respond. And you have literally seconds to act. Any longer and will pay. Be it in the form of a ‘you don’t understand me’ attack, or a simple sulk. Get it right however, and you’re quids in.

There is however, a relatively simple way for the male to totally neutralise the threat of fine. Depending on where you are in a relationship, it takes either forward planning or simple nerve but it is possible and all it takes is for you to sit your partner down and deliver this one simple sentence:

‘If you say you’re fine, from now on I’m going to assume that you are actually fine.’

This is of course, a risky tactic as you are in effect stripping them of weaponry and it may even be met with the response of ‘fine’ and all that goes with it (see above). But if you stick to your guns when the tests come -and they will come- and simply respond with a smile and ‘OK’ or ‘that’s good’ then you will inevitably force her to back down and say what she actually means.

Which has to be better for everyone right?

4 thoughts on “The one word females use that all males should fear (and how to handle it).”