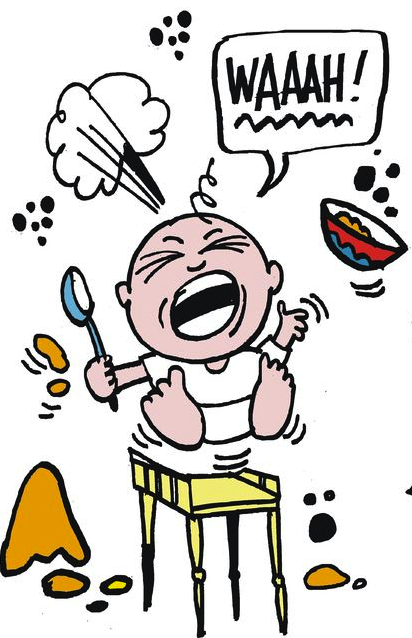 Even as news broke that Theresa May was going to be handed the keys to 10 Downing Street, social media became awash with members of the remainiac camp screaming for a snap general election. Their reasoning being that as a nation, we couldn’t possibly be governed by someone who hasn’t actually been elected by anyone. No irony there then.

Given that most of those wanting the country dragged back to the polls would never vote Tory in a million years, it struck me that the majority of these professional whiners have either forgotten, or have no idea, how the electoral system works in this country. So with that in mind, here’s a very simple explanation for them.

At a general election, you don’t vote for a Prime Minister, you don’t even vote for a specific party, the way it works is that you vote for your local constituency MP.

Once the votes have been cast and counted, the person with the most (that’s another word for majority) is elected as the MP for that constituency. After that, the party with the most MP’s (again, the majority) form a government who are placed in charge of the country for a fixed term of office. That being five years.

At the last election, around two years ago, the party with the most MP’s were the Tory party who were already in office, albeit sharing power with the Liberal Democrats. Amazingly, this time round they actually had more MP’s than in the previous election which was, in part, because they promised to hold a referendum on our position within the EU.

However, when they finally put this question to the population, 52% of people who voted (the majority) supported the campaign to leave. As a result, David Cameron, the Prime Minister and head of the Tory party, resigned on account of the fact that he had supported the campaign to remain. At this point, the Tory party decided that he would be replaced by Theresa May who will take over as Prime Minister tomorrow (Wednesday).

Now, and this is the part some people seem incapable of grasping, since we do not vote for the leader (see above) there is no requirement for a general election if and when they are replaced. It is not our decision, it’s the parties.

Similarly, the mandate to negotiate leaving the EU wasn’t given to David Cameron by the 52% majority who voted for it, it was given to the Tory government who are still in power. As such, it is still the governments mandate which means, again, that there is no reason for a general election.

It really is as simple as that.

If you would like anything else explained using the seemingly forgotten skills of basic common sense and stating the obvious, please feel free to ask.

For those who aren’t aware, all of my books and DVD’s are available from both Amazon and iTunes.

One thought on “General Election? No chance, no need.”