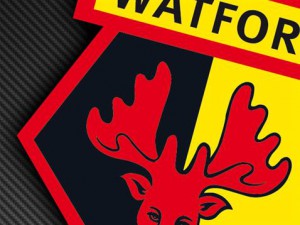 Anyone who knows me will be aware that I like a moan. And I don’t mean ‘as much as the next bloke’ I mean over and above the next bloke. Some would even argue, with some justification, that I have forged a career (of sorts) doing it.

The reason I moan is simple. It’s not because I think it will change anything or that I think anyone will actually take notice or even care, it’s because it makes me feel better. And so, from the state of the nation to the ongoing pain in my left-leg, if it causes me enough angst to get my brain rattled, I’ll give vent to my thoughts. Be it in public, on Twitter and even occasionally, here. Which, to be fair, is why I set this blog up in the first place.

Sadly, this is not a practice adopted by many of my fellow Hornets who are currently in meltdown over our supposed poor start to the current season.

Now for those who do not know, Watford were promoted to the Premier League last season and subsequently not only appointed a new manager, but imported almost an entirely new team. After four games, we’ve drawn three (all of which we could and perhaps should have won) and lost the fourth away to the team who will almost certainly walk the league given their squad of world class players. As a result, we currently sit 17th out of 20 teams in arguably the most competitive division in world football.

To me, this is no disgrace and is actually slightly better than I expected given the wholesale changes. We’re certainly looking more solid at the back than we have for years and actually have a midfield worthy of the description and that can only improve as they play more games together. And it will improve.

Yet if you listen to the rantings of some of our ‘fans’ you’d think we were in free fall because we’re not creating many (if any) chances. Now whilst it’s true that goals win games, what these people are tending to ignore is that the only two areas of the team which remain unchanged following promotion are our goalkeeper and the two guys at the front. And in every game thus far, both of our strikers have been almost man-marked out of games. Not just by defenders, but by Premiership (and by definition, better) defenders than they had to face last year. No wonder chances are few and far between.

But you don’t turn from a 20 goal a season striker into a donkey overnight and everyone at the club knows that with time, and possibly a bit of tweaking, it will all come good.

So to all those currently battering Twitter and Facebook with your whining, give it a bloody rest and do what you’re supposed to do; support. But above all, have faith.

In Pozzo we trust remember. And they certainly haven’t let us down yet.

Just click on the relevant link for more information. Some of you newcomers might also want to take a look at The Geezers Guide to Football. ?

2 thoughts on “The joy of football, and Watford.”