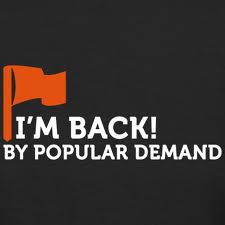 My previous blog regarding eBook marketing generated a quite astonishing response and in doing so, inspired me take a fresh look at my own performance in an effort to examine what has and hasn’t worked for me.

As I said in that blog (which can be found here) I am a firm believer in the notion that there is no magic formula for eBook success and that for the most part, it boils down to one simple thing: how much luck you can create for yourself. And if you need me to explain that to you, then I would suggest that marketing really isn’t your strong point.

For the most part, I’m quite happy that the majority of what I am doing is proving effective and am also confident that I’m meeting the right balance between marketing and writing given that fresh output is vital to maintain an authors platform. Something that is fundamental to long term success and, by extension, my income.

However,  as someone who is prone to thinking laterally, it also got me thinking about ways of selling books which might not have been tried before. And then it struck me. Potentially the greatest marketing idea ever.

You see like every author who writes for money, my focus has always been on how to reach potential readers and hopefully, encourage them to buy books. This after all, being the very point of eBook marketing.

Thus far, I have done this by exploiting my USP and utilising the tactic of target marketing with to be fair, a reasonable degree of success. But like all authors, like all businesses in fact, I have more than one USP. I actually have several.

So what I did was to write them all down and consider the ones I hadn’t used before and as soon as I did that, one in particular jumped out and punched me square in the face.

You see, I am hated. Seriously. This hate originates from the fact that when I began writing, I wrote about a subject and within a genre which was, to say the least, controversial. Not just to those on the outside, but to many people on the inside.

As a consequence, I received all kinds of abuse ranging from hand gestures at football matches to death threats on the telephone. Just as importantly, whilst after 16 years as a writer (and having seen off 99% of the people who jumped on my writing coat tails) that hatred has dissipated somewhat, there is still a huge amount of dislike for me and my books and this most often manifests itself, not surprisingly, on Facebook. Usually in the form of posts urging me not to write any more books because they are (quote) crap.

The key of course, is how to exploit that hate and the answer was fairly simple. Don’t look for people who want to buy my books, target my greatest and most vocal critics and offer them the opportunity to actually stop me writing. And so to kick start this process, I posted the following on Twitter and on areas of Facebook where I know they lurk:

I’ve had an epic idea. If everyone who hates my books buys just one, I can retire from writing which means there will be no more…. ever. That has to be worth 99p/$2 of anyone’s money yes?  So why not do your bit and buy one here!

Time will tell how successful it will be. But it will certainly be fun finding out.

Ironically, given the above post, my sales seem to be increasing across the board. Billy’s Log and Top Dog in particular have shown steady growth whilst The Crew continues its 18 month run at number one on the free sports book download chart. Proof, if any were needed, that what I do continues to work.

Maybe I should write a book about my methods! Now that would be funny…

Finally, the picture on the left is the sales poster for the movie adaptation of Top Dog which will shortly go into pre-production hopefully ahead of filming in the summer. I really like it, but what do you think?

3 thoughts on “How I discovered the most unique eBook marketing tactic ever.”