Like many of my fellow vets, I was taken aback by the recent announcement that the Army are about to launch a new recruitment campaign aimed at various minority groups and underlining the notion that it is OK for the average squaddie to show their feelings.

Now when I say taken aback, what I actually mean is enraged. In fact so angry was I that I actually turned down a couple of requests to discuss it on the radio for fear of dropping myself in the crap by saying something I shouldn’t.

Twenty-four hours later, with my blood pressure having returned to something approaching normal, I thought it time to have my say. Although it might surprise you to discover that my anger is not actually due to the sentiment behind this campaign because I can kind of see what they were thinking, even if the concept is massively flawed. No, my angst comes from the fact that these adverts seem to infer certain things. Not least that there is, or was, a culture of racism and homophobia amongst those who served and those who continue to do so. Equally, there is a suggestion, albeit a slight one, that people from minority backgrounds, or who are ‘emotional’  are somehow lesser soldiers than those recruited from the mainstream. And by mainstream, I mean the working class heterosexual males (increasingly the most demonised ethnic grouping in Britain today. But that’s another debate) from whom the vast majority of recruits are drawn.

The very idea of this is bullshit. Indeed, it’s actually offensive.

It’s safe to say that during my 18 odd years in uniform, albeit a blue one, I served proudly alongside men of pretty much every religion and ethnic background and despite it being illegal at the time, more than a few homosexuals, both male and female. Furthermore, I saw more than my fair share of men and women utterly distraught at things they had witnessed or experienced. From Para’s who had fought at Goose Green and men who had survived the sinking of HMS sheffield to ground crew whose aircraft and aircrew had failed to return from what should have been routine missions. I’m certainly not ashamed to say that on occasions, even I shed a tear or two.

But I certainly never thought any less of any of these individuals because they were different from me in any way and I would put money on the fact that they never thought any less of me. The reason being that we were comrades, bound by a sense of duty to our country and defined by the colour of the uniform we wore and if one of us was having a tough time, the rest dug in and helped them out. If that meant sitting with them for a while, giving them a bit of space or even taking them out on the piss, then that’s what we did. Anything to help them get through whatever was causing them difficulty.

That’s how bonds are forged and those bonds are lifelong. Indeed, they are one of the best things about having been in the military as almost every veteran will tell you. That’s why we value that little enamel badge so highly and why most of us love a good parade!

However, to return to the case in point, the real issue I have with these adverts is not with who they are aimed at, it’s that they avoid one fundamental truth. For the British Army doesn’t have a recruitment problem because of the changing nature of our society, it has a recruiting problem because it has a retention problem.

And it has a retention problem because these days the average soldier serves in an Army which is increasingly failing to look after those who serve, especially after discharge.

How many heartbreaking tales of PTSD related illness or even suicide do we have to read about before someone realises that mental health is a serious issue in the Armed Forces? How many tales of homeless veterans do we have to hear before someone acts and starts putting pressure on local councils to make veterans a priority for housing?

How many government sponsored witch hunts will we have to endure before someone at the MOD grows some balls and cries enough? Even the SAS have fallen under their radar now, seemingly to the delight of certain politicians.

And it gets worse. Over the years I have heard numerous tales of War Widows, surely the most honourable and most deserving of people this country has, being treated appallingly by the MOD and local authorities.

Serving soldiers see all this, and that’s why they’re leaving in droves. But these issues are also why fewer and fewer people are looking at the military as a career. They don’t just read and hear the stories but they see their mates being cut loose and left to fend for themselves. Who would want to walk into that?

As I say, I understand the sentiment behind these adverts and to be honest, I hope they succeed because the military is a fantastic career. But the simple fact remains that the British Army doesn’t need a politically correct recruiting campaign, it needs to start showing some basic loyalty and common sense toward the men and women currently in uniform and some basic compassion to those no longer serving.

If it starts to do that, it will rapidly discover that the best recruiting tool the Army has is itself. 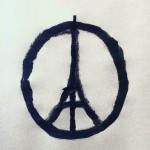