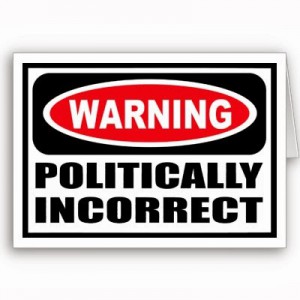 A lot of people have asked me for my opinion on the issue of taking the knee and as anyone who follows me on social media will be aware, I’ve certainly been vocal on the subject for the the last few months. However, it’s all but impossible to debate on twitter for reasons I will expand on in a moment and besides, you only have a limited amount of characters and time. So for the record, here’s my opinion on the current situation.

If you agree, please feel free to copy and post the link to it on your own social media pages and/or leave a comment at the end. If you disagree, then that’s fine with me. We do after all live in a free country. Something a certain section of society seem to have forgotten.

Whilst footballers taking the knee prior to kick off’s obviously started with good if misguided intentions, what has unfolded over the last few months has turned it into something very different.

To be clear, 99.9% of football fans have actively supported Kick It Out since its inception and the same applies to pretty much every anti-discrimination campaign that has used football as a vehicle. Generally, football fans are a supportive bunch be it related to race, disability or sexuality and it takes an awful lot to get us fired up. Indeed, in my book Rebellion I documented some of the more well known times when football fans actually stood up to be counted in the face of adversity or injustice.

We are seeing one such time unfolding right now. For whilst Sky, the BBC and many of the Premier League clubs are portraying it as a universally supported movement, this is most definitely not the case. There is actually a growing number of supporters, myself included, who are fiercely opposed to players continuing to take a knee. The reason however, is not because we are in any way opposed to the anti-racism or anti-discrimination message, far from it. It’s because we believe that it is a political gesture which has a symbolic association with an idealism that is totally unacceptable to us and as such, like the Black Power salute, is actually banned from being displayed inside football grounds under both FA and FIFA rules.  And if you continue to harbour the misguided belief that it is none of this is political, just click here where you will find confirmation on Kick It Out’s very own website.

However, the longer this has gone on, it has become increasingly apparent that this is no longer just about being anti-discrimination. It’s actually developed into something much bigger. For fuelled by social media and aided by the fact that stadia are empty of supporters, taking the knee has gone beyond the issue of racism and has become the latest battleground in a series of confrontations between the left and the right.

If you doubt that, you need look no further than the profiles of the keyboard warriors ranting on twitter or reporting people to their clubs trying to get them banned (and I’ve actually had that happen to me more than once over the last two weeks). They’re mostly young with zero life experience, usually students (with zero life experience) and always fuelled by the kind of 6th form left-wing politics that grown ups tend to leave behind when they’ve actually had to make their own way in the world. Some of them don’t even seem to follow football at all, they’re just jumping on the latest leftwaffe cause. In essence, they are the Corbynista in football shirts.

With this one however, there is one very significant difference from the battles we’ve seen previously.

You see despite all the social media screaming, the protests, the crazy polls and the Corbyn frenzy, the rabid left lost the EU referendum and were decimated at the last election because when push came to shove, the silent majority (middle England if you like) stood up just as they always do and slapped them down with a home truth or two.

With the knee, there is no referendum or election looming and therefore no opportunity for the right-wing and more sensible among us to apply the traditional reality check. As a consequence, with Brexit now done and Labour in disarray, this could well be the fanatical lefts last chance to win any kind of moral or faux political success for quite some time. Football is after all, traditionally working class and has a history of right wing political involvement so it’s always been a natural target for their angst. Something we saw with their maniacal opposition to the FLA/DFLA which was immediately tagged as a far-right group when it was anything but.

Hence, despite all the evidence to the contrary from fans opposed to taking the knee -including many black and Asian supporters- they will continue to throw the racist card at anyone who expresses opposition to taking the knee for as long as they possibly can. The aim being to drive division into the game and create the kind of racial hostility that they’ve continued to claim is rife on the ‘terraces’ when the truth is that it hasn’t actually existed to any degree since the 80’s. This division will inevitably lead to confrontation of some kind with the end result being that we’ll see those opposed to taking the knee being even further oppressed by the game if not banned altogether purely on the basis of their fictitious racism. Eventually, the left wing will be left free to claim that ‘they’ rid the game of racists and football, ever terrified of the racism accusation, will let them.

The problem is though, that just like they always do, they’ve succumbed to their undying thirst for power and instead of using basic common sense, they’re blowing it. Again. And the reason is because people opposed to the knee are starting to get organised and fight back. The clamour for the anti-knee argument to be properly heard and discussed is growing. Fast.

Currently, the pro-knee activists and those riding the anti-racist gravy train still have the option to keep control, take a step back and say ‘OK, we’ve made our point we need to stop it now’. This would immediately shut the problem down and allow them to save a degree of face whilst still being able to claim a moral victory of sorts. Instead, never a group to learn lessons from the past, they’re continuing to follow their traditional path and have started to dig in with even more ludicrous attacks and a blanket refusal to even understand, let alone accept, that you can be anti-racism and anti-knee.

But by doing so, they are backing themselves into a corner and it’s one from which there is no escape route. This can’t continue forever and eventually the game (ironically the very manifestation of capitalism) is going to have to back down. It might be due to the FA or FIFA actually growing a pair and enforcing its own rules, it might be due to demands from Sky or sponsors but it’s more likely going to be because the football industry will realise that by allowing it to continue, it’s possibly backed the wrong horse. And as the anti-knee lobby start to get really organised and fight back not from behind a keyboard, but by taking more direct action, the game is looking at a PR nightmare that it cannot afford to be on the losing side of.

That’s almost certainly one of the key reasons why clubs have been desperately pumping out statements claiming that players are not actually showing support for Black Lives Matter but that’s not fooling anyone except the gullible. Indeed, if that were the case, why not follow Millwall’s highly successful example and simply stand together as a gesture? Everyone would support that. Everyone.

Similarly, it would explain why Sky have just thrown their hat in with Kick It Out in an effort to try and dilute the growing BLM backlash but again, it’s not fooling anyone. In fact the negative publicity surrounding fans being banned or ‘re-educated’ merely for expressing an opinion is actually making things worse. And that’s without the media backlash against players acting like complete twats during a pandemic because they think they’re untouchable.

The big fear of course, is what’s going to happen when fans are let back in en masse because that could turn very bad very quickly. Indeed the climbdown after the Millwall game was really telling. The game and Sky daren’t make another mistake like that because there are enough fans cancelling subscriptions as it is and I’m already hearing talk of organised boycotts of major sponsors not to mention more protests of the kind we’ve been seeing at Swansea.

Quite what’s going to happen over the next few weeks is anyone’s guess but the sad fact is that I will merely be an interested observer. For after five decades of following Watford Football Club, I have informed them that as a veteran, I will not accept their feeble attempt to rebrand a gesture that has a clear and direct association to an organisation that only a few months ago, was attacking my comrades and monuments to the fallen. As a consequence, whilst I will continue to support the anti-discrimination cause in all my work, Watford will receive neither my support nor my money for the foreseeable future.

They may or may not miss me, I neither know nor care, but staying away is the only course of action I, as an individual, can take. And ultimately, that’s what it boils down to. Those of us opposed to the knee each have the power to force a stop to this but we cannot rely on anyone to fight our corner because there is no one. Instead, we must each play our part be it by writing to our clubs, the FA, FIFA, Sky, etc and informing them that not only are we against the knee and why, but telling them what we are going to do in protest. Be it booing, turning our back, boycotting games, protesting outside stadia, handing back our season tickets, cancelling subscriptions or anything else. Arguing on twitter achieves nothing, collectively hitting them in the pocket is the single most positive thing we can do.

Dougie Brimson has written three award-winning feature films (Green Street, Top Dog and We Still Kill The Old Way) and is the author of 16 books including the best-selling Billy Evans gangland trilogy. His latest thriller, In The Know, was published by Caffeine Knights in May 2020.

His next novel will be his first military thriller and will be published in 2021.

All his previous books and DVD’s are available from both Amazon and iTunes.