You may or may not have noticed given the lack of coverage in the mainstream media, but on Saturday 7th October, well in excess of 30,000 people from all corners of these Islands marched peacefully and relatively silently, through the centre of London.

The Football Lads Alliance was on the move, and I am proud to say that I was one of them.

Inevitably, the movement has come under all sorts of attacks from all kinds of places but I’m not going to respond to them here because I don’t have to. Not because it isn’t my place, which it isn’t, but because I’ve always believed that once you step onto the back foot, you’ve already lost the battle. Especially when it comes to people who have been suckered into the ‘left is right and right is always wrong’ mantra.

I would however, like to talk about one aspect of this which rarely seems to be given any real attention and that is this: Using nothing more than social media, how did John Meighan, a relatively average Tottenham supporter manage to galvanise the world of football fandom to such an extent that supporters from every club in the UK and beyond were prepared to set aside rivalries and even outright hatred and walk together in almost perfect harmony?

The answer is actually astonishingly simple. He merely took the first step and offered a voice to the politically disenfranchised. As soon as he’d done that, success was inevitable.

For the truth is that what makes the Football Lads Alliance work is that it isn’t about right or left, it’s about right or wrong. That’s what appeals to the legions of people across this country who have just had enough. Not just of being ignored or even demonised by the established political parties, but of being taken for a ride. Indeed, it’s best summed up by this quote:

‘The alarm has been going off for a while but the ordinary working man kept pressing the snooze button until finally, he decided that he had to get up and go do his job.’

What underpins that, and the thing which in many ways describes the USP of the FLA, is the fact that it isn’t being helmed by a Corbyn or Farage type figure with a self-serving agenda but is instead, headed up by one of us. A working class man who shares our experience, our discontent and our belief that as a strong and growing collective, we are finally starting to develop not just a voice, but something else that has been suppressed for far too long; pride.

What happens next is down to the main man but whatever, whenever and wherever it is, the message to the British government will be the same. Whatever the source, whatever the warped idealism or motivation, whoever the target and whatever the cost, the time has come for the authorities to stop pandering to the snowflakes and take the fight to the enemy in our midst. Stop them, whatever it takes.

I’ll be there, with tens of thousands of others. Front and centre, proud as punch. 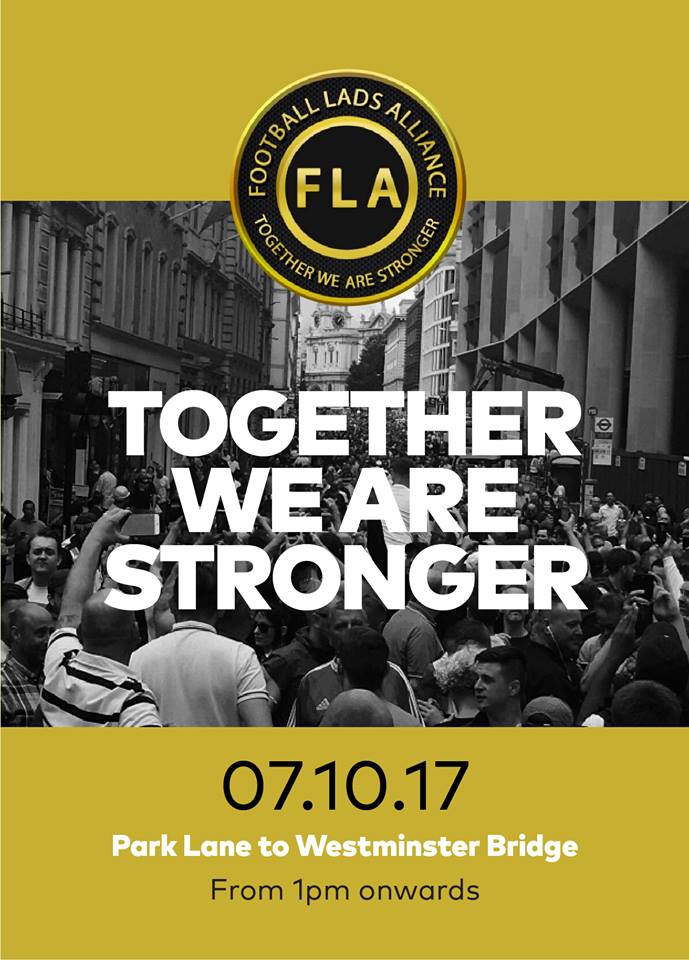 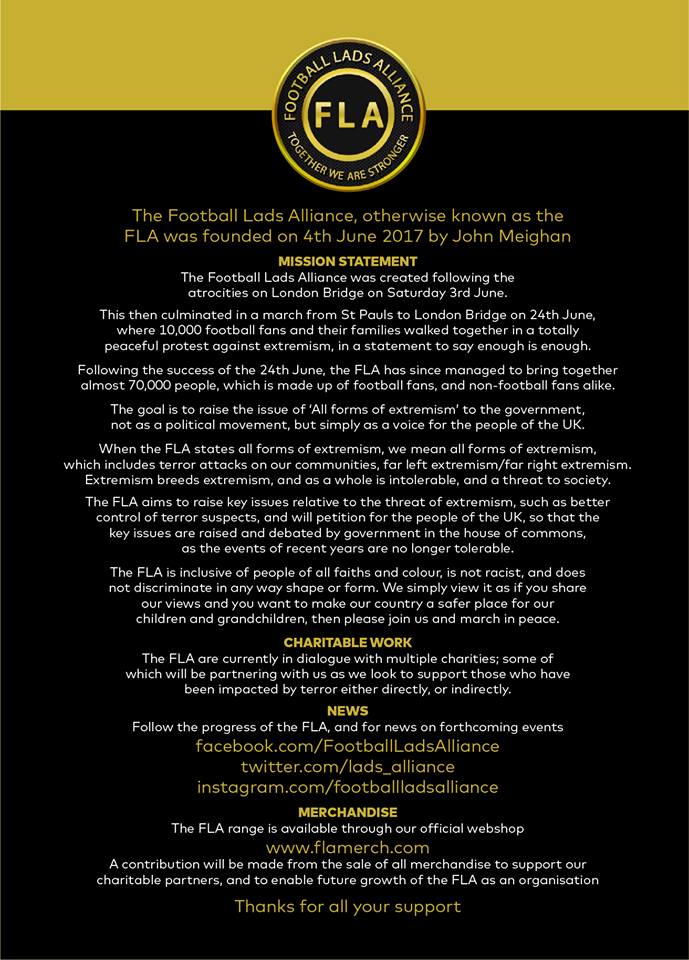