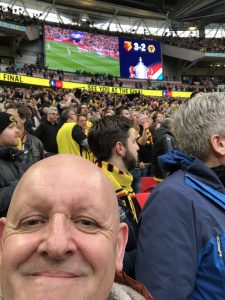 As someone who is lucky enough to converse with people from pretty much every point of the spectrum on which human life sits, I frequently find myself responding to questions of some kind or another.

Inevitably, the bulk of these will revolve around subjects linked to writing and be of the ‘how can I?’ variety which is fine by me, after all, my work or writing will have been the thing which brought us together and if someone takes the time to contact me, it’s only right that I afford them the courtesy of a reply.

Occasionally however, I’ll get a curveball question and the range of issues these can cover is, to say the least, broad. Only recently for example, I found myself explaining to someone from the other side of the world why we British drive on the ‘wrong’ side of the road.

To be honest, I like this kind of random stuff. Not only does it tax the brain (or test my proficiency on google) but I find it quite rewarding to think that people actually feel comfortable enough to ask me these things. Especially when in some cases, I’ll have been the first Englishman they’ll have ever emailed.

My favourite question however, is one which lands in my inbox on a regular basis. It is quite simply, why football?

Usually of course, this will be used in the context of violence or hatred of some kind but increasingly, it’s being asked by people who don’t follow the game and want to know why those of us who do are so fanatical about it.

My response to this is that there is no such thing as a standard answer because there is no such thing as a standard football fan. To the uninitiated we might well come across as sheep (or even mugs) but when you look a little deeper, you’ll quickly discover that there are all kinds of reasons to explain why we are all unique in our love of the great game and our respective teams. There are even different degrees of obsession but if you want to know more about that, then you best read this.

Amongst those of us who actually get off our backsides to attend games in the flesh however, there is one common thread and that is that being a fan of the game is not just about the 90 minutes of actual football. And I mean football, not even great football. For it’s fair to say that some of the best days I’ve had as a supporter have been on days when my team -the glorious Watford- will have lost and I’d bet that most fans reading this will be nodding in agreement.

For the simple reality is that watching football is about one thing, hope. Hope that things will get better (or at least not get worse), hope that you will win promotion, not get relegated, beat your local rivals or even just carry on for one more season. Who know’s, maybe even win the FA Cup or the Champions League.

And with that hope comes every kind of emotional experience possible all wrapped up in one simple word, passion.

To be a part of that passion and share those experiences with other like minded souls is why we do it and why we love it because it’s where we feel that we belong. It’s out religion and it’s addictive, and we wouldn’t have it any other way.

So don’t ask me why we do it, just try and explain to me why you don’t. 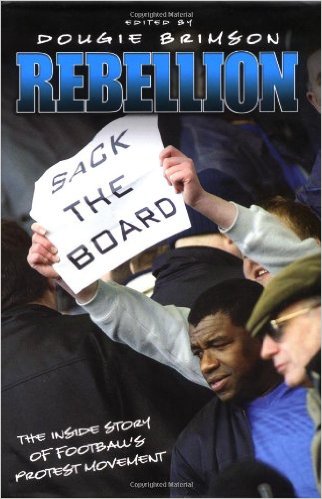 Speaking of football and fans, my old book Rebellion is now available as an ebook.

First published in 2006, it tells the background to some of the more infamous fan protests including those at Charlton, Wimbledon, Manchester United, Manchester City, Norwich and Bournemouth amongst many others.

Details of my other books, including the football comedy Wings of a Sparrow, as well as links to buy can be found by clicking here!