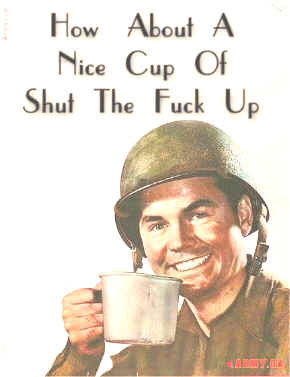 I am, by nature, something of a miserable sod. Indeed, as anyone who knows me will know, moaning isn’t just second nature to me, it is my nature. Football, work, politics, telly… the subject is irrelevant. If it irks me, I’ll moan about it. Often for days.

There will however, eventually come a point where I’ll say ‘f**k it’ and move on. For even I will realise that the only thing moaning will ever change is my mood.

Sadly, this is not a lesson the ‘remainers’ of this little island of ours seem capable of learning. For despite it being months since they woke up to the gut wrenching feeling of being proved wrong, they are still moaning about the result of the EU Referendum. And they’re not alone. The tide of bitterness which followed the Scottish referendum shows no sign of abating and now they’ve been joined by the anti-Trump brigade. A group who are giving new meaning to the term ‘bad loser’.

Now whilst their continued angst is all highly amusing to those of us who voted to leave the EU, to remain as part of the Union or to put Trump into the White House one does have to wonder how long they are going to continue whining before they actually accept the result. Because at some point, like it or not, they are going to have to and that’s going to be a huge problem for them. Mostly, I suspect, because the vast majority aren’t football fans.

You see those of us who follow the great game are all too familiar with the gut-wrenching feeling of defeat and so are quickly able to put it behind us before moving on. Those who don’t, have no idea what humble pie tastes like and so would rather choke on it than swallow it.

OK, I know I’m being flippant, but be it in the UK or the US, there has to be some reason why people refuse to accept the outcome of a democratic process which millions have died to defend. And that reason has to be more credible than the idea that those individuals are so arrogant that they are incapable of accepting that they are in the minority.