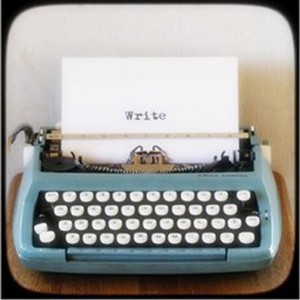 Amazingly, it is now well over 20 years since my first publishing contract landed on the doormat and a chunk of hard earned money hit my bank account.

Sixteen books, three feature films and numerous screenplays later, I’m still wondering how this happened and, just as importantly, how I’m continuing to get away with it. However, given that ‘writer’ is the box I tick whenever I’m asked for my occupation, I must be doing something right and so it occurred to me the other day that it might be worth scribbling down some of my perceived wisdom in the hope that it might help or inspire someone seeking to tread the same slippery path.

So, in no particular order…

1. It really can be the best job in the world. You get to create things, meet fabulous people, visit fabulous places and on top of that, you get paid for it! As if that wasn’t enough, you’re allowed to spend weeks in your pyjama’s without anyone thinking it’s odd and best of all, if you write about football, you’re entitled to write off your season ticket against income tax.

2. It really can be the worst job in the world. It can be soul destroying, confidence sapping and incredibly frustrating, all at the same time. You also encounter scumbags and smiling knives on a regular basis and have to deal with people who think it’s perfectly acceptable to slag you off simply because you turned down their kind invitation to work for them for free or you managed to avoid feeding their sad egos by avoiding getting into online spats with them.

3. The best marketing tool you will ever have is yourself, so be yourself. If people don’t like you, f**k ‘em. There are always more people, there’s only one you.

5. Never resent anyone else’s success. Unless it’s E.L. James in which case you are perfectly entitled to think ‘how the f**k?’

6. Join the Writers Guild or the Society of Authors. They are your unions and they are awesome. Oh, and never sign anything either they, your agent or a lawyer haven’t checked first!

7. Trust only two things: your gut instinct and your bank balance. Neither will ever let you down.

8. Generally speaking, if someone wants to meet you, they want something from you. That’s fine (and often fun) but if it’s in a professional capacity and involves the use of your time and experience, there had better be a good reason why they aren’t prepared to pay you. Usually, there isn’t so in such instances, do not hesitate to turn them down. If they’re serious and professional, they’ll come back with an offer of some kind. If they don’t, you’ve lost nothing (and possibly had a close shave).

9. The internet is the enemy of creativity and social media are its special forces. Twitter, Facebook and Snapchat are not careers, nor do they pay your bills but if you’re not careful, they will happily consume your time faster than you can ever imagine.

10. Troll baiting can be great fun but if you don’t have a thick skin, treat them with extreme caution. Hitting the block button is not a weakness, it’s a strength.

11. When a deadline looms, you could well end up working 20 hour days for as long as it takes. For that reason, when you don’t have a deadline to meet then ‘I can’t be arsed today’ is a perfectly legitimate excuse for going out on a motorbike, sitting on the sofa watching TV or strolling around Ikea.

13. Adapting your own novel for the screen is a bad idea. There’s not much fun to be found in spending weeks cutting perfectly good bits from a story you previously spent months if not years creating. To make matters worse, despite the fact that ultimately you have little or no control over what ends up on screen, everyone will blame you if it’s not as good as the book but no one will praise you if it’s brilliant.

14. Writing a novel based on your own screenplay is a great idea. You get to put in even more good bits and tell the story you really wanted to tell.

15. If you’re screenwriting and serious about it, use Final Draft. It’s the established tool of your trade and if you’re not prepared to invest in it, how can you expect people to invest in you?

16. The world is awash with writing teachers but 95% of them are charlatans who merely want to separate you from your money. However, if you really do want to employ one look at what they’ve had published or produced and if the best you can come up with is ‘teach’ then go elsewhere. The old adage ‘those who can, do but those who can’t, teach’ is 100% true.

17. Nothing shows commitment like cold hard cash and in most cases, you (or your agent) should get that cash upfront. Promises of higher back-end payments are generally worthless.

18. There is no such thing as writers block. It’s a cop-out term employed by people who are either lazy or simply not prepared to admit that whatever they’re supposed to be writing isn’t working as they think it should or, more likely, hoped it would.

19. Always have two entirely different projects on the go. If you’re stuck on one, simply switch to the other one and carry on.

20. You can’t edit a blank page. First drafts don’t have to be good, they just have to be written. That’s why they call them vomit drafts.

21. Every writer, however successful, has a specific book inside them that they really want to write but probably never will. Or is that just me?

22. Never let anyone demean or undermine you whenever you tell them you’re a writer. That’s easier said than done but the Terry Thomas classic movie ‘School For Scoundrels’ will teach you everything you need to know about conducting yourself both in public and in meetings. Watch it religiously at least once a year and make sure that you learn from it.

23. Find a comfy chair and love it like one of your children.

24. Don’t play safe. If you have something to say, then say it. But be prepared to back it to the hilt if need be.

25. Family aside, the most important people in your life are your readers. They give you everything from your wages to their time and as a consequence, they should be loved and cherished accordingly. Treat their reviews, even the bad ones, as market research and learn from them but never respond to them directly unless you actually like being trolled. Above all, give them what they want because if you do that, you can’t go wrong.