As you may or may not have noticed, I have been quiet of late.

To be honest, much of this has been to do with the fact that I’ve become so pissed off with the state of this country and the continuing failure to deliver Brexit that I was worried that if I went on a rant, I’d be unable to restrain myself and would carry on until I wrote something which would end up with me sitting in a cell somewhere.

OK, that’s not strictly true. The truth is that I stopped blogging about the political landscape because I was becoming increasingly frustrated. Let’s face it, things are so screwed up at the moment that the hardest part about ranting about it is knowing where to start let alone stop. I mean, Sadiq Khan…. seriously?

So I have instead been channeling my angst into various projects and dragging them to the point where they’re a rewrite away from launch. These include Billy’s Log 2, the third book in the The Crew/Top Dog trilogy and a new script I’ve been working on with a lawyer chum of mine about the power of the universe.

Indeed, this last project has been especially interesting of late especially for someone like me who enjoys a bit of karma. Something which will become even more evident fairly shortly.

However, and if you’re a regular reader of this blog you’ll know that there is always a however, my enthusiasm for the future of my country has been rekindled. For next Saturday (7th) I’ll be one of many tens of thousands marching in London to protest against this governments continuing failure to confront extremist terrorism in our country.

Yes, the Football Lads Alliance are taking to the streets again, and this time, the ranks will be swelled by a large contingent from the veteran community.

I’m not going to go too deeply into the specifics here (if you want them, click here) other than to say that despite what certain factions are attempting to claim, the Football Lads Alliance is neither political nor racist. Indeed, it’s fairly safe to say that from day one the leadership have been at pains to create a totally inclusive movement by weeding out anyone who might have anything other than the core message at heart. I certainly wouldn’t be involved were that not the case but here I am.

So if, like me, you’ve become sick of hearing that the only way to combat terrorism is to be reactive, if you’re angry at photo’s of dead children on the front pages, tired of hashtags, vigils and coloured lights on the Wembley Arch and increasingly frustrated at the governments reluctance to go on the offensive against this cancer which exists amongst us, then come and join me.

It’s time for the silent majority to take a stand. Front and centre. 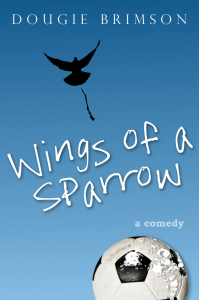 4 thoughts on “The Football Lads Alliance – Are Middle England finally on the march?”