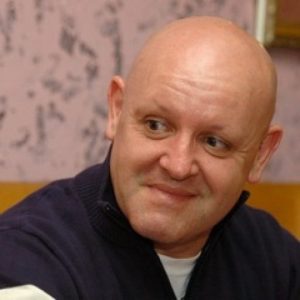 As most people involved with the publishing world know, the Edinburgh Literary Festival is regarded as possibly the foremost festival on the publishing calendar.

It brings together authors and ‘thinkers’ from across the globe and over a week long period, stages all kinds of events ranging from impassioned debates to creative workshops.

Now I’ve never actually been to Edinburgh, or any other literary festival for that matter, but I mention it here for a very specific reason. You see a while back, I stumbled across a website which provided a guide to getting published. It was written by someone who described themselves as a ‘literary coach’ and was quite informative but actually contained little or nothing that any published author could have provided free of charge.

However, what did interest me was a list of services provided for potential authors and a range of prices charged for those services. It wasn’t cheap but I guess if you are desperate to get into print, you will do whatever it takes, or costs.

Anyway, seeing these prices, I researched said ‘tutor’ and discovered to my astonishment that they had a backlist of… well I hesitate to call it a list at all. Let’s just say it was less than five…a lot less. From what I can gather, their sales haven’t exactly set the world on fire either.

Initially bemused at how someone was getting away with earning between £25 and £50 an hour teaching about writing when they seemingly have so little actual experience of it, further research uncovered the fact that this person is a regular at festivals, including Edinburgh, where they are given a platform to inform the public about the process of getting oneself into print for the first time. At which point I shook my head and went back to doing something more constructive. I’ve been around publishing long enough to know how it all works. If your face fits…

Now I don’t say this through any sense of hurt or indignation, but it is a fact that in spite of having written 15 books, shifted many hundreds of thousands of copies around the world and as the person widely regarded (wrongly in my opinion) as the father of the genre known as ‘hoolie-lit’ I have only ever been invited to two literary events in the UK and one of those I had to get myself invited to. The other had been organised by a group of disgruntled authors keen to complain about the appalling PR provided by our mutual publisher. Aside from that, with the exception of the odd writing group, I have never been asked to talk about anything relating to my experiences of publishing let alone give my opinions on either the industry or writing generally.

I used to ponder the reasons for this quite a lot and believed that much of it stemmed from my reluctance to play the ‘networking’ game. For just like the TV and film industry, publishing tends to be more about who you know rather than what you can actually do.

However, the real reason was explained to me in extremely blunt terms by the late, great and ever fabulous best-selling author Gilda O’Neill who told me at the aforementioned moan-a-thon, and I quote; ‘look at all these fucking snobs. I feel like I should be walking round with a tray of drinks’.

Yes, that’s right, snobbery runs through the literary world like a cancer and in terms of a clique, it can make the freemasons look like a youth club.

To be honest, I have always kind of understood why they might be reluctant to invite someone like me in. After all, I’m working class, never been to university, write primarily about blokey things and to those who don’t know me, probably appear as if I can’t string two coherent sentences together. I’m also prone, as you may have gathered, to saying things as I see them which doesn’t always go down well.

However, in recent years I have begun to consider another possibility. One that might not actually be as personal as I always suspected.

You see I write for a particular market and that market is me and people like me. In other words, working and middle class lads. This, to me, is what ‘lad-lit’ is all about yet for whatever reason, it is a genre which even as a concept, the publishing world have never fully seemed to grasp properly. A simple truth underlined by the fact that it often refers to Nick Hornby as The King of Lad-Lit.

Now I have nothing against Nick Hornby who is after all, an awesome writer. However, I’ve always struggled with the notion that his output is targeted at the same market as the one I inhabit. Yes, we’ve all read Fever Pitch but no one I know has read Funny Girl or Juliet, Naked or for that matter, would ever want to.

The question of course, is why does the publishing world seem so desperate to steer itself as far away from the male market as is possible? After all, with the economy as it is these days you’d have thought that they’d have looked at the success of ‘chick-lit’ and given more serious thought to how they could fully service the other 50% of the population.

Sadly, if they are looking at all, the only answer they seem to have come up with is to pump out ever more pallet loads of SAS books or sports or  gangster related autobiographies. Great if you like that kind of thing but not so great if like me, you regard 90% of sportsmen and gangsters as relatively uninteresting. However, the fact that they cannot or will not look beyond these increasingly bland and repetitive genres is, in my opinion, entirely down to anti-male snobbery.

You may laugh at this but it’s something I have heard referred to many times over the years and it stems from an unspoken belief within the publishing world that ‘blokes don’t do books’. Quite why this incredibly patronising view of a section of male readers continues to impact on the industry escapes me because the truth, as ‘hoolie-lit’ conclusively proved, is that they do.

From where I sit, having been there and done it, I think that there’s much to be said for the idea that publishing is still a somewhat elitist world. One that is increasingly being populated by young, middle-class women. Therefore the last thing it wants or needs is to become infested with working class male oik novelists who, perish the thought, might actually manage to become popular. I know that’s a contentious accusation but think about this; can you imagine a ‘chick-lit’ author with 15 titles and a three quarters of a million sales to her name failing to attract invitations to literary events? No, I can’t either.

If true, it is a tragedy. Not least because there are some great male authors out there who, if given the chance, could actually forge a decent career for themselves by providing some fabulous and inventive popular fiction for male readers. OK, they might not win any Booker Prizes, but that’s not what it’s about at all.

You see somewhere along the line those individuals who make editorial decisions seem to have forgotten one fundamental and inescapable fact and it is this: The single most important person in the publishing industry is the reader and irrespective of their gender, politics, religion or class, if you keep them happy you’ll do the one thing that everyone in the industry is desperate to do, you make money. And if the phenomenon of hoolie-lit proved one thing, it’s that there is plenty to be made from working class male readers. Lots of it.

You just have to look under the right rock. Or rather, you have to want to look.

Just in case you didn’t already know, all of my books and DVD’s including The Crew which has been at #1 on its chart for over 6 years, are available from both Amazon and iTunes.

11 thoughts on “Why is publishing so scared of Lad-Lit?”