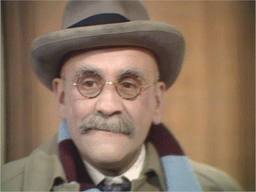 Since my last blog, I’ve received numerous mails supporting my thoughts on those morons who hog the middle lane on motorways as well as suggestions for future topics to write about.

Not surprisingly, the majority of those suggestions relate to the thorny subject of women which is quite handy really as that was always going to be the theme of my second rant because let’s face it, women are a bloody nightmare for the average male.

The only trouble I’ve had is where to start. Since writing my novel ‘Billy’s Log’ I’ve been in the habit of analysing pretty much everything women do which has, in the main, involved trying to work out why we males put up with them. And in most cases, I have come to the conclusion that it’s because we’ve been conditioned to believe that we are either stupid or inferior which is ironic given that they spent so long trying to gain equality with us (and that’s a whole blog right there!).

The tragedy is that it has worked. Women do things on a regular basis which when you look at them objectively, make absolutely no sense. Yet when a male dares question the logic of any of these acts, we are the ones looked at as if we are raving mad.

Cushions are a prime example. Women seem to be obsessed with them these days with six seeming to be the bare minimum required on a bed but that the hell is that all about? The only point they seem to have from a male perspective is that they make making the bed an even more tedious task, getting into bed an event and a trip to the loo in the middle of the night a positive danger!

The argument that they ‘look nice’ would stand up were it not for the fact that generally speaking, bedrooms are places where only one or two people venture which, unless the housewives of Britain are conducting guided tours around their homes when their men are at work, merely reinforces the simple truism that women and logic are two words that rarely sit comfortably together. After all, why moan that you have too much to do around the home when you are seemingly happy to make additional work for yourself for no apparent reason?

And so, as someone who is past caring, I’ve decided that rather than write one single blog about the things 50% of the population do to annoy the other 50% and possibly miss out something important in the process, I will post up occasional thoughts relating to the madness of the female species as and when they occur to me. That is after all, the logical thing to do.

So with that in mind, here’s the first: Why do we put up with women moaning about us leaving the toilet seat up when it’s equally as reasonable for us to moan about them leaving it down?